BetgamesTV is one of the smaller gambling soft providers (up to 200 employees) with the main office in Vilnius. The team is working exclusively on developing live casino games and offering B2B solutions.

One of the main advantages of BetgamesTV is a unique set of games — a combination of popular table games and lotteries (even the industry leaders like Microgaming or NetEnt don’t have such an ace up their sleeves).

Another piece of good news for the operators is that the company appears not only on EU market but also in Africa (South Africa, Kenya, and Mozambique), South America (Peru, Uruguay), Asia (Tajikistan, Kyrgyzstan).

Their success story is receiving many accolades and 2019 has probably the most fulfilling one. BetgamesTV has received 3 nominations for the prestigious SBC Awards at the Battersea Evolution in London, as well as a nomination in the category of Best Software Supplier at the well-known EGR Italy Awards. Although a young company, their products are well received and appreciated. All of this is a great starting point for BetgamesTV heading into 2020 which will hopefully be a record year.

Some other advantages of BetgamesTV include:

Now, when you have all the root information about the BetgamesTV let’s move to the 5 best games.

The “Lucky 5” is a gambling adaptation of a “5 out of 36” lottery. But if during the classic lottery game you have to guess the winning combination of numbers, the “Lucky 5” has way more betting options.

For example, the gambler can bet on not only on the numbers or the colors of the balls that will be dropped but also on the balls that will not be dropped, will the sum of the dropped balls be higher than 92.5, will there be more odd or even numbers and many more. The game offers 95 options in total! Even a cat could win if the chances are so high.

The gameplay is super easy as well. One draw has one betting round. The draws run every 5 minutes (4 minutes for the betting round and 1 minute to broadcast the draw). When the draw begins the gambler will see an empty game machine where the balls will be put and mixed. 5 of the balls will be chosen and will form the winning combination. The ball to the left is considered to be the first, the one to the right — the last.

All the winning numbers will be announced by the presenter and can be found on the “Results” page.

“Wheel of Fortune” is a famous Roulette’s younger brother. BetgamesTV managed to make this game even more interesting and profitable.

The rules are extremely simple: the presenter makes the first spin counter-clockwise and then lightly spins it clockwise so that the wheel could make 3 full spins. The spins are counted by the spins counter and green light is lit when the wheel makes three (3) full spins. If the wheel does not make the full 3 spins, the draw is cancelled. After that, the presenter doesn’t touch the wheel and only announces the winning number once the wheel stops.

Each draw lasts about 1 minute (with about 2,5 min betting round). The results and the gambler’s statistics are available on the separate results page in the user’s profile.

It could be hard to win while playing “Wheel of Fortune” if the game wasn’t equipped with 20 betting options. The gambler can bet not only on a particular number, but also on even/odd numbers, color, and the number range.

The gameplay stays the same: the balls will be put in an empty game machine and mixed there. 7 of them will form a winning combination. The ball to the left is the first, the one to the right — the last.

But there sure are some differences. Firstly, the “Lucky 7” uses only yellow and black balls, which makes all the bets on a color more profitable. Secondly, the game has less betting options (it’s 72) again because of the smaller amount of colors, which helps to place a bet faster.

However, the “Lucky 7” has more than enough betting options to choose the most profitable one: bets on odd/even numbers, the sum of the winning numbers, the number (and showing or not showing) of yellow and black balls in the winning combination etc.

Plus the pause between the draws is about 4 minutes (usually 4:20), which means the gambler has an opportunity to plan the next bet.

BetgamesTV has an exquisite version of poker, which takes up the second position of our rating deservedly so. Both the poker newbies and the experienced players will enjoy it.

There are 6 positions (hands) in the game and each of those receives two cards (the presenter deals the cards clockwise). After that, the presenter deals 5 community cards (flop, turn, and river) that are used to form the combinations. A standard 52 (fifty-two) card deck is used in the game and each card has a unique barcode that is scanned by an integrated table scanner when the cards are dealt. Don’t worry. If the card falls down or you can’t see it, the deck will be changed. Also, if the cards are marked or damaged, the deck is also changed.

There are several betting rounds in “Bet on Poker”. The first one starts before the presenter deals the cards to 6 positions. The second one — after each hand has received two cards. The third round starts after the Flop and the fourth is after the Turn. The odds will be updated before each betting round, which helps the user to choose wisely.

Another bonus is an opportunity to place unlimited bets on any outcome, which is super useful if the game didn’t turn the way the gambler expected. Moreover, if the winning combination is formed with 5 community cards all the positions win and all punters who placed bets on any hand will get their winnings. Keeping long story short, it’s almost impossible not to win while playing “Bet on Poker”.

The easiest table game you can ever imagine! There are a dealer and a player. Everyone gets a card. The one who gets a higher card wins. Ace is the highest card and 2 is the lowest. If the dealer and the player get the same value cards the bets on a tie (a war) win.

The “War of Bets” may seem a bit boring but it really isn’t! BetgamesTV has put a lot of effort to make the game exciting and engaging. First and foremost, the gambler can choose from 32 betting options, which include the bets on colors, suits, and the outcome (player’s win, dealer’s win or a war). The second advantage is not one, but two betting rounds. The first one starts before the first card is dealt and the second one is after the player gets his card. The first round bets have no influence on the second round bets, so the chances for the win are even higher! The third bonus is a non-stop 24/7 broadcasting. The gambler can return to the favorite game whenever (s)he wants. Also note that, when less than 40 cards remain in the shoe, the dealer will change the shoe after the draw.

Dice Duels is a simple live dice rolling game where players can bet on a variety of outcomes. The gameplay is as simple as possible. First of all, the game includes two dice – one blue dice and one red dice. The presenter takes the dice with sides numbered 1 to 6 pips. After that, she puts them in a box, shuffles the dice, and rolls them on the game table. There is only one dice roll except in cases when the roll needs to be repeated. A roll is accepted only if both dice stand on one of their sides and clearly make a two-dice combination. There is only this one betting round that lasts 40 seconds before the roll takes place, and players have 36 dice number combinations to choose from, and a variety of other bets, such as Totals, Odd/Even, and others. 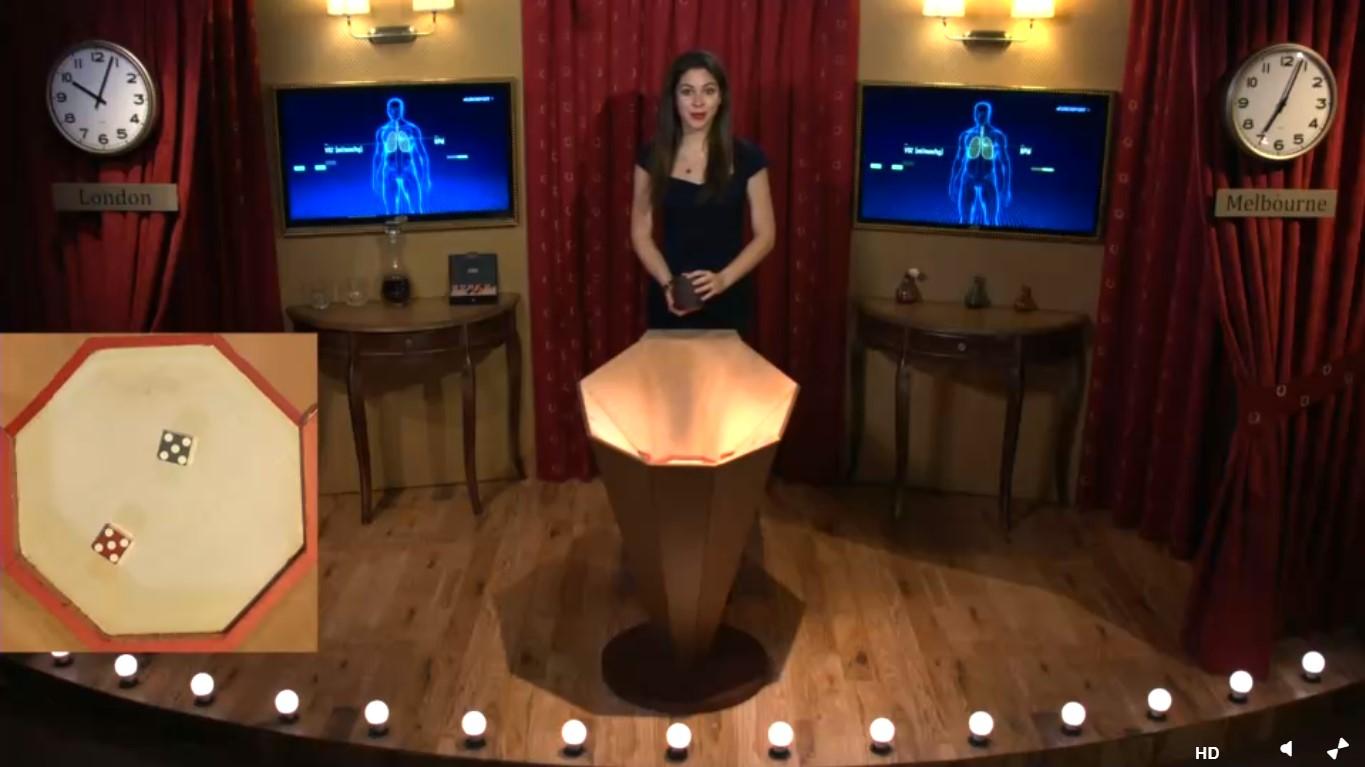 BetgamesTV is launching its new poker game they hope will turn out to be an instant classic. The game is called 6+ POKER and is based on a variety of the ever-so-popular Poker Hold ‘Em version.

As you might have guessed from the name, in 6+ POKER, all cards lower than the 6 are removed from the deck, so each draw consists of a 36-deck card. With these changed rules, not only do you get a more dynamic game with unique design and feel, but you also get a game easy to learn and adaptable to both novice players and experienced poker masters.

Changes are good, especially changes for the better, and 6+POKER is just the change the poker world has been looking for. Make sure to give 6+POKER demo a go, and see just how poker can become even more exciting than usual.

Hope that quick BetgamesTV introduction we’ve arranged will work in your casino’s favor. This company’s exclusive offer is noteworthy if for no other reason than its soft is totally different from the traditional live casino games launched in almost every modern casino. BetgamesTV is different and successful. So maybe your casino should use a piece of that success to beat the rivals?

Softgamings is ready to take care of all the possible difficulties and the routine. All you need to do is just to book a “Live Casino Bundle” demo to get the access to the best live-games created by 8 top providers (including BetgamesTV). The other advantages of this service include a significant time and cost savings. You’ll need to sign a single agreement to start the quick integration and the cost is way lower compared to the separate integration. More profitable than ever!

Some games in online casinos are more popular than others. Read our short guide to learn more about the games that casino players enjoy the most.
Read more
Evolution is a leading live dealer games supplier, reputed as one of the best online casino content providers. The company offers unique live games based on the state-of-the-art streaming technologies.
Read more
What will happen with the gambling industry in 2021? Will it manage to recover from the Covid-struck free fall? Check out some of the possibilities.
Read more