If you’ve always wanted to know what awaits you at the end of the rainbow, now it’s your time to find out. Leprechaun’s Vault is the new hit slot release from Play’n GO that will take you on a learning journey to discover Irish luck.

Leprechaun’s Vault follows Larkin, the Lucky Leprechaun, on his mission to find the magical vault keys. Namely, a group of fairies of the fan has stolen the key to Larkin’s magic vault. Now, Larkin’s luck has run out, so he must quickly retrieve the keys with your help.

Leprechaun’s Vault comes with a standard 5×3 grid and awards players with up to 9,000x their original bet. The game is quite straightforward, so you don’t need much time figuring out the gameplay. 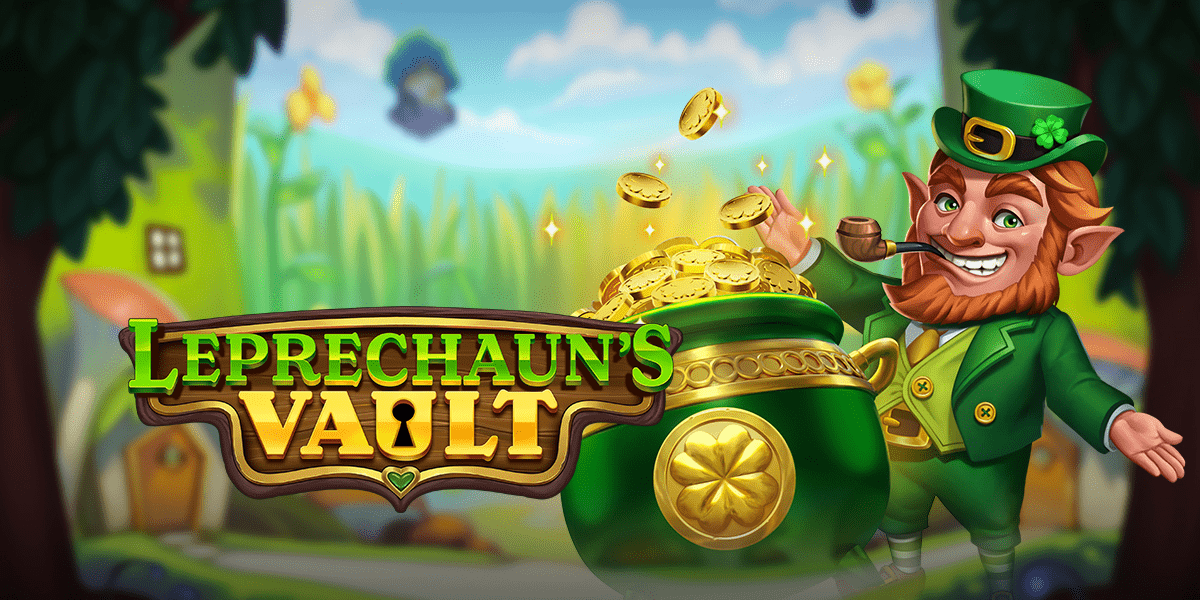 Right from the start, the base game introduces players to the first task. Namely, players must get to the free spins feature, from where Larkin transports you to the magical vault using a rainbow. There, players see a magical set of numbers adding up to show the number of spins they won. Although a classic feature, players get to see an innovative way of delivering it.

The next step goes into the vault with three middle reels that appear in gold. Any wilds that land on these reels become sticky and stay there for the rest of the feature. Plus, the landing wild multipliers bring much more entertainment to the screen.

You’ll notice that Leprechaun’s Vault is filled with Irish-themed symbols, like the leprechaun’s Derby hat, shamrocks, and even Celtic-inspired symbols written in gold on the vault’s walls.

This is Play’n GO’s fourth leprechaun-themed slot, the first being released in 2013 — Leprechaun Goes to Egypt.

Charlotte Miliziano, Play’n GO’s head of games, said that the leprechaun theme is still quite popular in the iGaming industry and that Larkin seems to be the perfect fit into the provider’s portfolio. She also hinted at another Irish-inspired game in the future.