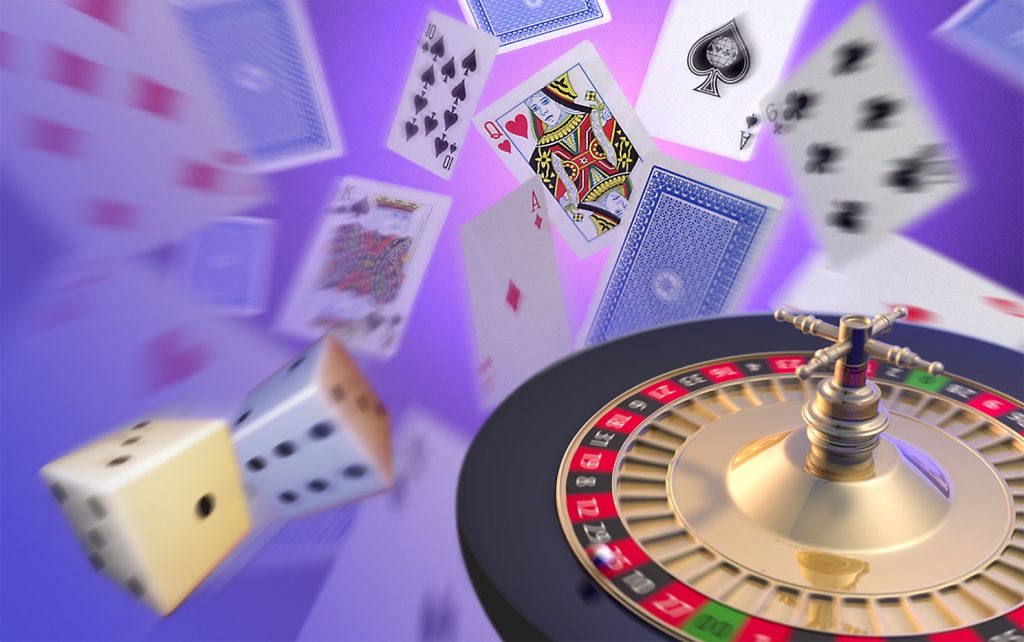 If you’re an avid slot player, sooner or later you will stumble upon certain similarities between two supposedly different titles. However, when it comes to exclusive titles, operators always provide unique themes that cater to the target audience.

Obtaining exclusive rights and publishing titles based on world-famous movies, cartoons, or characters is an old practice — software developers have been doing it for several years.

Virtually every slot provider has a couple of exclusive titles under their belt. For example, Big Time Gaming has its Monopoly and Millionaire series of slots, NetEnt has Narcos and Guns N’ Roses, while Microgaming has Game of Thrones and Jurassic World.

While they aren’t that rare, these slots are also a major treat for slot enthusiasts, which is why it is safe to say that this gambling trend is here to stay

As live dealer software and online gambling technology improved over time, live dealer games became immensely popular. The latest technologies allow players to experience that land-based casino atmosphere from the warmth of their homes or even by playing via their mobile devices.

Live casinos have been a major hit for years and their popularity isn’t going to decline any time soon. Currently, the live casino field is dominated by Evolution Gaming that has been a pioneer and is dominating the market with its innovative titles. However, there are dozens of live casino providers out there, which ensures a good diversity of live dealer games for any casino operator out there.

Whether you’re a young start-up or have been running an online casino for a while, a Live Dealer section is a must, and now is as good as time as any to get live dealer games for your platform and watch players flock to play them.

It goes without saying that progressive slots are some of the most adored slots out there. After all, who wouldn’t want to win an insane amount of money with a single spin?

Just take a look at Microgaming’s Mega Moolah or NetEnt’s Mega Fortune video slots. At first glance, these slots aren’t anything special. However, they are some of the best-performing and most played video slots out there precisely because they feature jackpots that can turn your life around in a matter of seconds.

One thing’s for sure — regardless of the operator that produced it, as long as it’s a progressive video slot, players are going to love and play it.

Playing on the Go

Modern smartphones are more powerful than some old personal computers, so it shouldn’t come as a surprise that a good portion of the players opts to play using smartphones or tablets.

At the same time, due to the nature of video slots and easily accessible Wi-Fi connections, casual players are able to squeeze in a few spins here and there while commuting, waiting in line, or simply killing time.

Software operators have already started following this trend — some of them are even designing slots with a mobile-first approach. This trend is only going to get more and more popular, which is why every operator should make sure to include as many mobile-friendly games as possible in their library.

While blockchain technology and cryptocurrencies have been around for a while, they are slowly working their way into the world of online casinos by offering numerous benefits to casino players.

For example, players can preserve their anonymity, pay smaller fees, and enjoy faster processing times by using cryptocurrencies. At the same time, it is much easier to obtain a license for some games built on blockchain, as well as integrate them, since they are provably fair. Furthermore, the outcomes of these games can be checked by players and casino operators at all times.

Even now, some casinos are being built on blockchain and only accept cryptocurrency payments. We are positive that the number of such casinos will keep increasing.

If you want to find out how you can obtain a license to process cryptocurrency payments, feel free to get in touch with our team of experts and learn more about this emerging trend.

Virtual reality is one of the newest technologies around and perhaps the one with the most potential, apart from blockchain. The technology already exists but it still has a long way to go. It is mostly used in computer video games, but top software providers such as NetEnt and Microgaming are already heavily investing in its development.

Since VR technology keeps improving, there is a good chance that a lot of online casino games will have VR support, which will create a whole new level of social gaming.

Cloud-based gaming will allow casino operators to decrease the use of server-based platforms and avoid massive software and huge updates. The games for cloud-based casinos will be updated automatically, so players will only need desktop or mobile devices with an internet connection to access them. What’s more, with cloud gaming, players’ settings will be automatically saved, and game progress can also be stored so that they can continue where they’ve left off.

Keep in mind that, while some of these trends have been around for a while, they still have a long way to go. At the same time, just because something is popular, that doesn’t mean it will necessarily meet your market’s needs.

However, as we’ve mentioned before, the gaming industry keeps changing, so it doesn’t hurt to keep a close eye on these trends and regard them as something you might want to add to your casino down the line.