The original brought exciting and feature-filled fun to the small screens, and the sequel plans to continue that tradition. Sheriff of Nottingham 2 adds new faces to the reels, with him and Robin Hood and other members of his entourage representing multiple modifiers. iSoftBet went the extra mile to make this game a one-of-a-kind experience.

Sheriff of Nottingham 2 comes with 20 paylines that transport players to the dark streets of mediaeval England, where Robin Hood is in charge of protecting the poor and ensuring justice. In-game modifiers and Sheriff respin bonuses help him achieve his goals and enhance players’ boost wins.

Players can trigger in-game modifiers randomly and on any spin in the base game, making Robin Hood appear to offer you three scrolls with six possible outcomes. 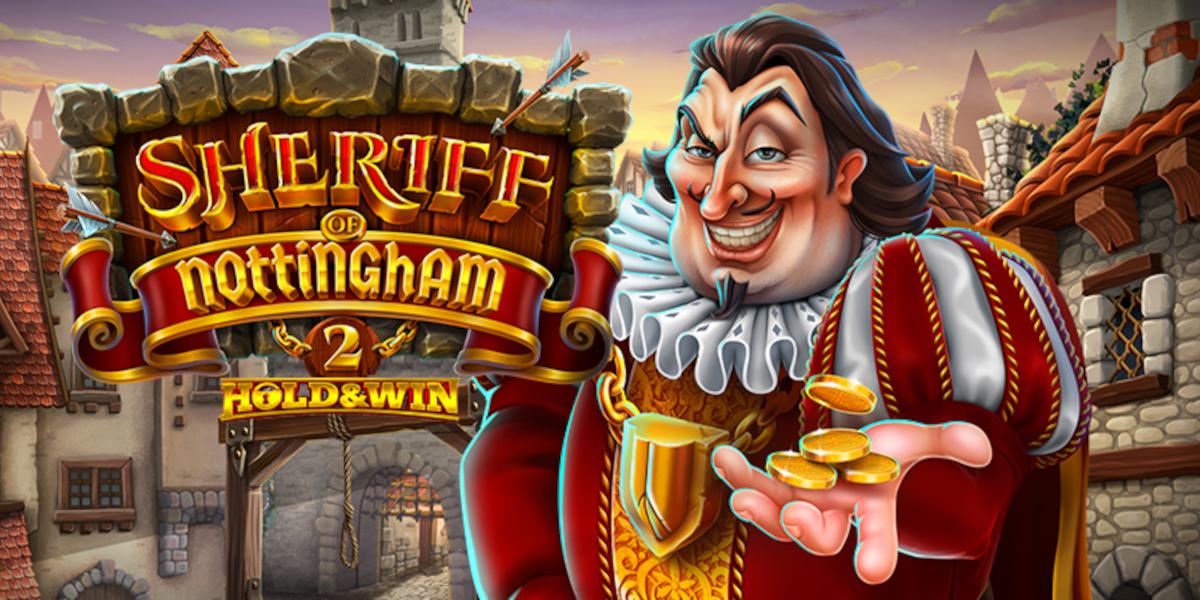 The titular character is also the most valuable symbol in the game, serving as the wild in the base game. It also collects all cash symbols while the respins mode is on, along with the gold armour awarding 25x your bet if you match five of the same kind.

This iSoftBet game wouldn’t be complete without the Hold & Win mechanic, so Sheriff of Nottingham 2 urges players to land three bonus symbols during this round to unlock three free spins each time a new symbol lands on the reels. At that time, a new mystery symbol can appear on the reels and transform itself into one of the men from Robin Hood’s crew.

If the Sheriff lands during the Hold & Win round, it will gather all values in sight and open up those spaces and any of the locked merry men. If a player collects all five members of the entourage, their winnings at the end of the round increase fivefold.

Head of games at iSoftBet, Mark Claxton, said that players love innovative releases, which made the developers keen to produce a series of uniquely-themed slots with great value. He added that the new features bring more action, so this slot would hopefully find its loyal audience.