Table of Contents
Pragmatic Play is a rather young gambling provider, which appeared on the market in 2015. The company is headquartered in Malta (city of Sliema) and has offices in UK, Ukraine, Romania, India, Gibraltar, and Philippines.

Being a new name in the gambling world, Pragmatic Play’s team is scrupulous about the software security. The quality of all the company’s software is documented and approved by such labs as QUINEL, BMM, and Gaming Labs. The provider has also obtained licenses in Romania, UK, Philippines, Malta, Curacao, which brings the total number of gambling jurisdictions that have certified Pragmatic Play to over 20. What’s more, the gambling content from Pragmatic Play can be seen in 78 different countries in the world, which makes it one of the most widespread casino software providers in the business today.

The provider’s hard work did not go unnoticed by the word gambling community. Within a year of the company’s establishment Pragmatic Play was nominated as a “Software Rising Star” and “Best Game of the Year” at EGR Awards (“Hot Safari” slot). And the next year Pragmatic Play received 3 awards at Malta’s iGaming Excellence Awards 2017 (“Best HR Director of the Year”, “Best Digital Company of the Year”, and “Best Gamified Experience Company”) and was shortlisted for EGR Awards “Casino Content Supplier” and “RNG Casino Supplier of the Year”.

The year 2019 was also quite successful in terms of awards. Namely, the company received the Best Gaming Company of the Year award at the MIGEA Malta iGaming Excellence Awards and the Best Game Vendor Award at Malta Gaming Awards.

In 2020, the winning streak continued with the Innovation in Mobile Award at the SBC Awards and the Best iGaming Software Supplier at the Gaming Awards.

The company produces gaming content for all types of gambling platforms, as well as both mobile and desktop devices, regardless of their operating system. Moreover, the entire portfolio is available in 31 languages and all types of currencies, including cryptos.

In 2021, Pragmatic Play celebrates its 6th anniversary. However, the company’s history is going hand in hand with the currently non-existent gambling brand “Topgame Technology”, which was founded in 2007 in Panama.

Topgame Technology also specialized in gambling software development and owned several online casinos. Inasmuch as the company started conquering the market at the dawn of the online gambling industry, the developers used some technologies that currently are considered as outdated (downloadable games, Flash). For some time Topgame Technology was an active American market player.

In 2015 the company’s controlling stock interest was bought out by the large group of investors, who founded the “Pragmatic Play” brand. Basically, it was a successful rebranding. All of the software developed before 2015 was updated using HTML5, which allowed Pragmatic Play to become a full-fledged market player, but with UIGEA kicking in and some rather embarrassing scandals involving missing jackpot symbols, the company was doomed to fail.

Like many modern gambling providers, Pragmatic Play belongs to the group of European investors that make up the IBID Group that purchased the company in 2016. However, the company is managed by top specialists from all over the world, which guarantees the business success of the brand both in Europe and beyond its borders.

Pragmatic Play’s CEO Julian Jarvis was the CEO and Chief Legal Officer for IBID Group before taking the helm at Pragmatic Play and leading the company in their quest to win an even larger share of the market.

According to the open source information the company’s revenue is about $2 mln.

Pragmatic Play has entered 2021 with more than 100 different games in its portfolio.  And more important than that, the operator develops not only slots (both classic and modern, with the progressive jackpot and without it) but also creates table games, live dealer games, video poker, scratch cards, and keno.
Pragmatic Play produces only top quality video slots, which successfully compete with such gambling titans as NetEnt or Microgaming. Besides that, slots by Pragmatic Play always have some kind of a schtick, a surprise for the gambler.

The best example is “The Champions” slot. At first sight, it may seem like an ordinary soccer slot but it’s not! This game by Pragmatic Play has several unique features that make it special and super exciting. 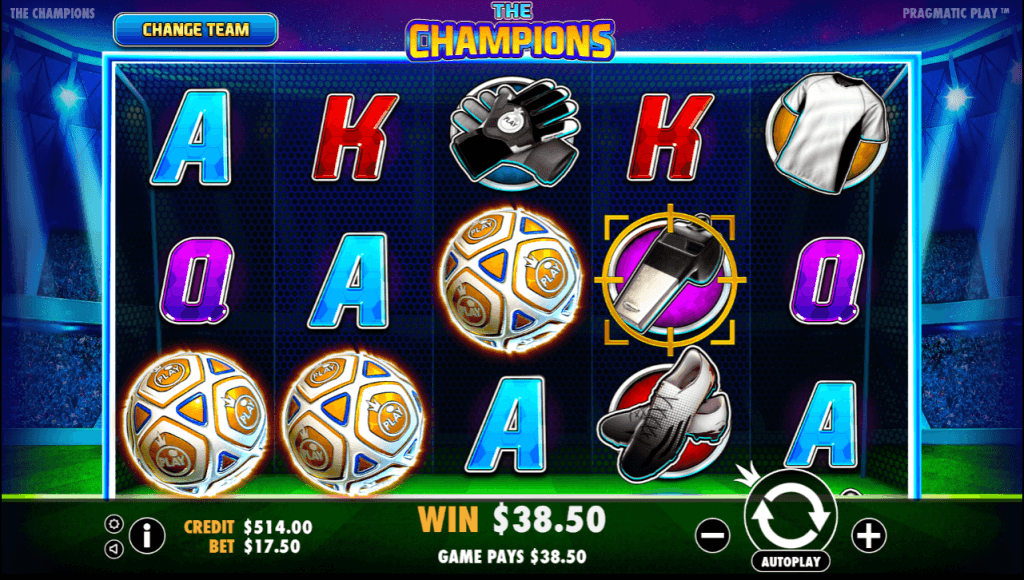 First of all, at the beginning of the game, the gambler can choose a favorite soccer team. The design of a bonus symbol will change depending on that choice. 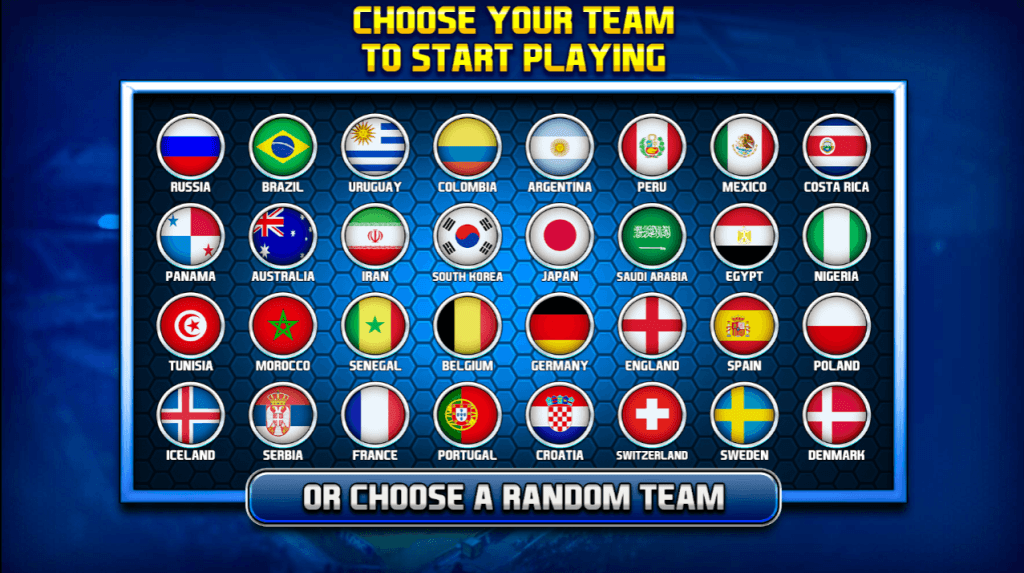 Secondly, at any moment the gambler can choose any spot on the reels as “the goal”. Once the ball symbol appears on the chosen spot, the gambler receives an x2 multiplier for the next 10 spins. Each time the player scores another goal (s)he receives a level-up and the number of spins goes back to 10. 1 goal equals x2 multiplier, 2 goals will bring the gambler x4 multiplier, 3 goals — x6 multiplier and so on (up to x20 multiplier).

The soccer fans will certainly be happy with the bonus game as they will be awarded the 5 penalty shots and the winning amount will depend on how many penalty shots will be successful. To trigger a bonus game 3 bonus symbols have to appear on the reels.

Then again, Pragmatic Play also develops classic slots with a retro design, simple gameplay, and 1-5 paylines. For example, the “Triple tigers” slot has only one line but still remains profitable as the winning combinations appear on the reels quite often. The player always can check the payout table on the left to track the appearing combinations. 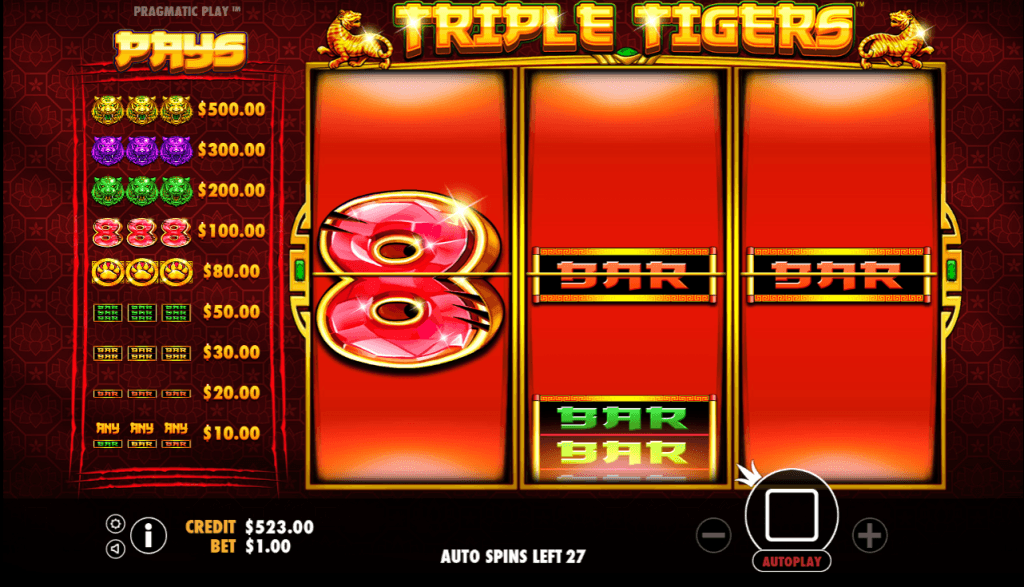 During the bonus game, the gambler opens one of the vaults and gets a “small” award, a “big” award or a free spins round.

The number of the table games created by Pragmatic Play is smaller than the number of slots but all of the most popular casino games are there.

All of the table games are well thought-out and beautifully designed. Both the experienced gamblers and the newcomers will enjoy playing them. The most popular games include American Blackjack, Baccarat, Roulette, and Multihand Blackjack.

The signature feature of the Pragmatic Play’s roulette is the wheel appearing on the screen only after all the bets are placed. Сonsequently, there’s enough space left for the table and it’s easier to place the bets via the mobile device. 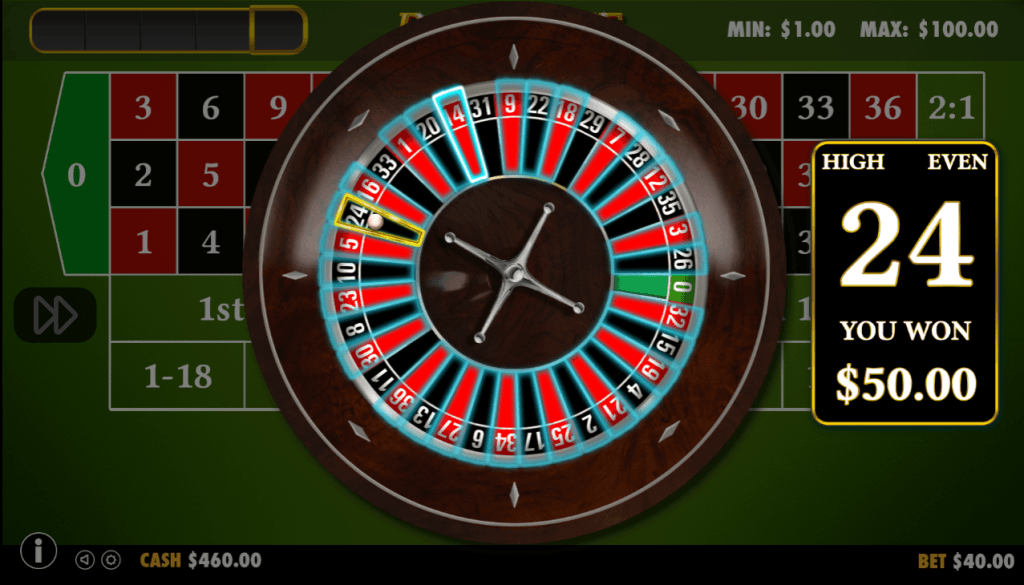 Both blackjack and baccarat have a similar design and are equipped with the voice hints for the beginners. The rules of any table game are available after a couple of clicks (or taps). 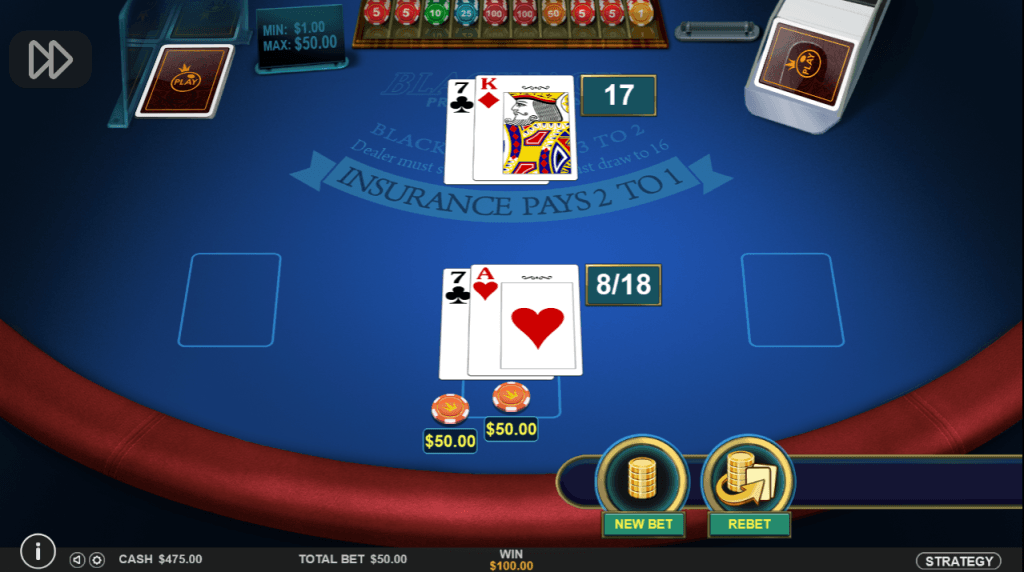 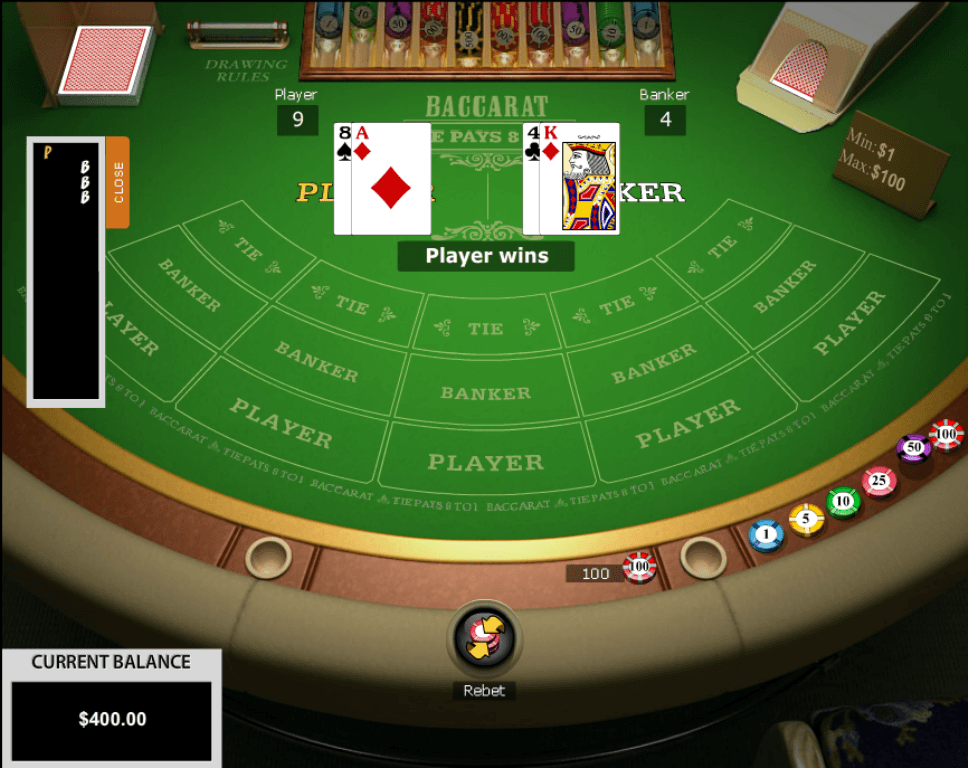 The live casino solution Pragmatic Play launched marked a great step forward for the provider. The company has now rounded up the gaming offer nicely with the live dealer games available for desktops, laptops, mobile devices, and VR gadgets. The games are streamed live and in HD and even 4K resolution from a newly-built studio in Romania.

The most popular live games are Blackjack, Roulette, Mega Wheel, Mega Sic Bo, and others. The highly-qualified and trained dealers ensure you get a unique game experience like you would expect from a Las Vegas casino. What’s more, the detailed game statistics, betting history, sound effects and animation create the most immersive game experience you can expect in a live casino solution.

Besides the classic duo “slots + table games” Pragmatic Play offers dozens of other games that usually are not in the provider’s portfolio. The games selection includes video poker, bingo, keno, and scratch cards.

All of the games have both the manual mode and the automatic mode plus the useful hints for the beginners.

Although, the gamblers know Pragmatic Play mostly as a slot provider, the other games are also beautiful, elegant and high-quality. 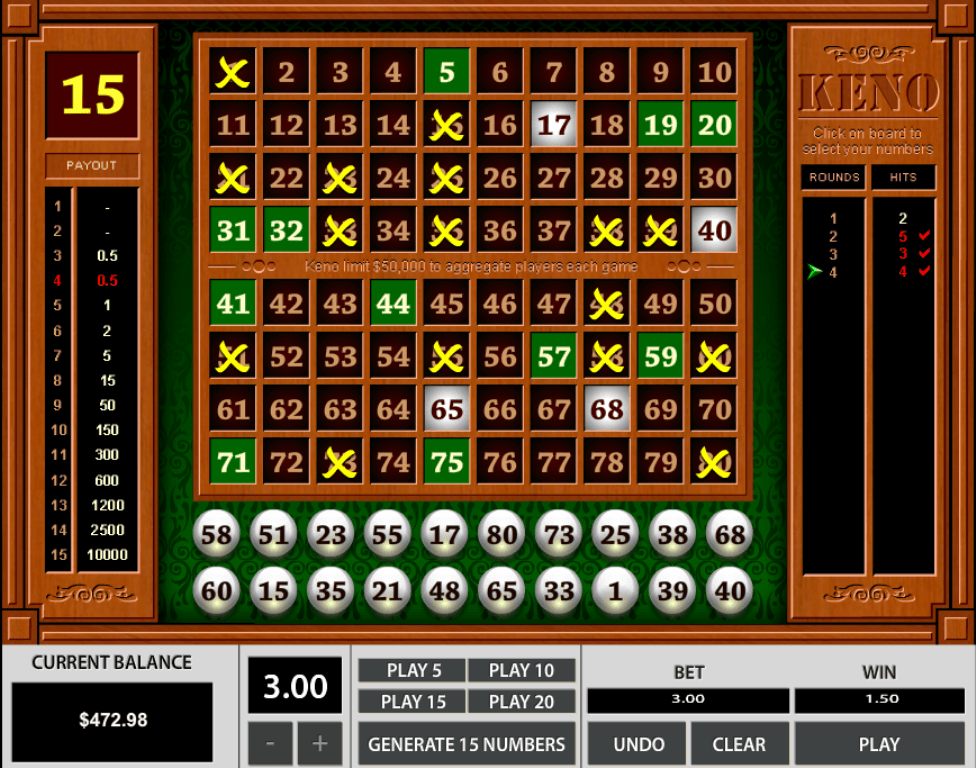 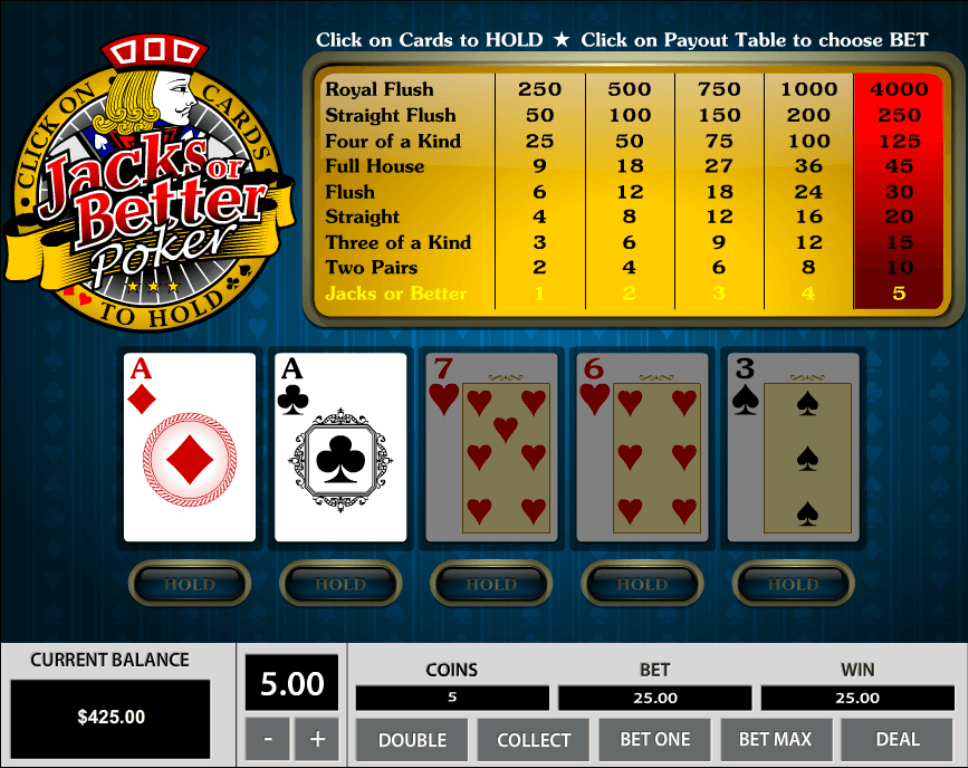 Pragmatic Play offers the operators a quick and simple API integration. The seamless integration process won’t take long. Once it’s over the operator gets the full access to the provider’s portfolio. The 24/7 tech support is available whenever the operator needs any kind of assistance.

You can order the games created by Pragmatic Play in a few clicks. All you need is a “Slots Bundle” service. The Softgamings team will take care of all the hassle. You will receive the best Pragmatic Play solutions plus the games created by more than 20 top gambling providers within the shortest possible time. Be sure, your casino’s visitors will be thrilled with such a diversity.

Book of Golden Sands™ is the latest Egypt-inspired slot game from the renowned provider Pragmatic Play. Read on to find out all the game details.
Read more
Striking Hot 5™ is the latest heat-filled classic slot release from Pragmatic Play. Want to learn more? Keep reading for all the game info.
Read more
Amusnet Interactive joins forces with a non-profit organisation to release the first-ever charity slot: Drops of Water. Read on for more info on the project.
Read more